I worry slightly when Dermot announces the 'traditional' sing-a-long introduction to the Sunday show. This really does spoil every effort that might have been made to support individual acts and promote them as viable chart performers. Seeing this year's batch descending, or in one or two cases, ascending to some average party song and dance number designed to ensure that everyone gets even camera time and with lyrics that won't upset anyone is depressing.

Actually, Saara got by far the most noticeable spot, the rest blending into the tedious nonsense that is this element. She was very good and even seemed to care a bit. 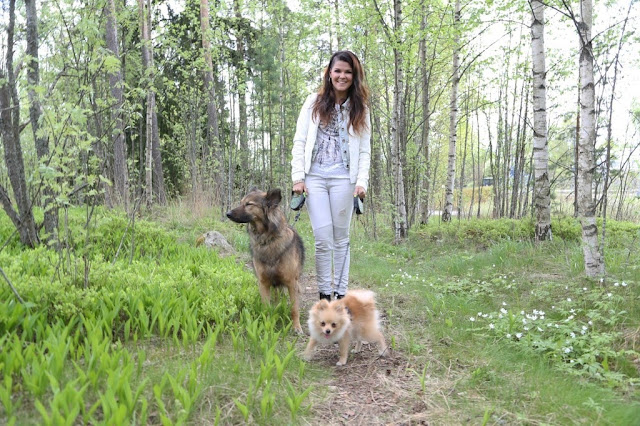 Anyway, that ended soon enough. No songs get a full length rendition unless it's a guest. Usually that will be mimed to a backing track too although I did get the impression that poor old James Arthur was genuinely doing is thing. He has struck lucky, finding that his Mumford-type style fits nicely in the current genre that is popular. He is now riding high in the charts after we had all thought he was done for. I could have done without the plug for a mental health charity that he adds at the end of his chat with Dermot and the judges. It may be a decent cause but that just looked dumb. The guy's famous enough at the moment to plug stuff properly in chat shows, radio interviews and magazines. I am sure that most acts have got a favourite charity but if they all started plugging them every time they saw a camera we'd soon get not only bored but a bit confused as to which we should give our donations to.

The make-over teams have been hard at work and made a reasonable job of everyone which is quite a relief as they have gone badly wrong in the past. I am not sure about the shaved stripes for Emily but no-one looked out of place this year. I suppose they still have time. And there's not a great deal you can do with Honey G anyway.

So, it's time to see who made it through to Week 2. Dermot fires through the list this time. With eight to announce I guess he had to. With Brooks Way not even getting a mention this time and, I presume, they have been dropped from the show, I was thinking the producers might have given everyone a second shot but, no, there's a 'Bottom Three' as usual. What is described as 'new' is that one act gets saved by the public vote. It is slightly different in that we get to vote again at that time for which of those three lives to sing another week. Before it was basically a delayed 'who gets through' announcement based on the main vote.

The three in competition are Freddy, Saara and Bratavio. That seems about right to me. I can't remember now what I had predicted but f I didn't predict these three then I should have done. Freddy did not come across very strongly and, however good looking he may be, that will not be enough at this stage. Saara was good but the Finnish thing will never help her and Bratavio just deserve to go anyway.

Freddy is the one saved, which seems right and there is a sing off between Saara and Bratavio.

Saara is quite remarkably good. Amazing, in fact, as she soars through the extremely difficult SIA's I'm Alive and that was pretty damn impressive. Very classy. I am not at all sure that she is someone that is for the UK market but she really does deserve to stay after that. It would really be quite wrong for the other pair to be the ones sending her home.


Yazz's The Only Way Is Up is actually not that bad. Camp and a bit dodgy and definitely out of tune in places but it is quite fun. Totally opposite to Saara. No class, no notes to speak of but you can see their appeal to some sectors of the crazy UK pop sales market. My guess is that a 50-50 vote between the judges would see them through with a higher public vote.

Louis, of course, votes for his act, although I did wonder for a moment whether he might change his mind in view of the amazingly good reviews that Saara had got, some describing her performance as the best sing-off in the whole 14 years of this show. Sharon sends the boys home. Nicole, who gave Saara the Wild Card, sends the boys home so it's up to Simon. I sit there hoping that he really will do the right thing. He does, and backs it up by saying that that was the easiest decision he'd had to make. So Saara will be back next week and she and Freddy will surely have to find a way to attract more votes.