Sixteen acts. that's quite a lot to fit in, especially as we'll see all of them with reasonably full-length tracks as opposed to the one-liners we've had to put up with for quite a few so far.

Dermot has his proper job back now. 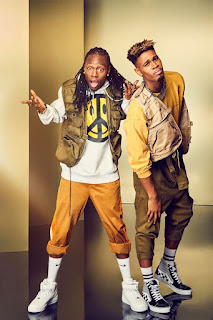 A good choice for a reliable and impressive first act. WHAM for 2018 perhaps?! It's a song about chewing gum which they've written themselves. That's cool but, whilst the song's OK it's not great. But this pair for a major contender. Robbie says they're the bookies' favourite. Not sure about that but they're certainly in the running. 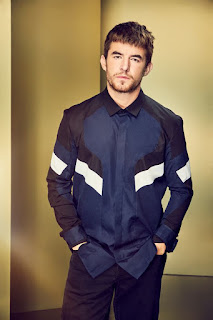 You have to feel happy that he's made it this far. Now I was worried that he might crack up but he did very well. Actually an excellent job of We've Got Issues. I can see him getting support and can't imagine him being 16th this week. Everyone likes him although he isn't going to win. 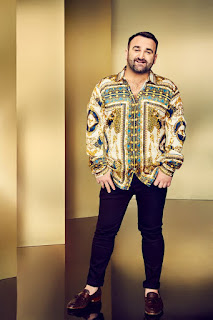 The old-style guy who is only 37. He really seems a lot older. Peter Dickinson introduces him as 'Anthony Russell'! Oh dear. Bit of a balls-up and he gets to restart. The song's Hero. All a bit cruise ship. He does have a strong voice and accurate notes and is an excellent singer but he's not a contender for this year's winner. Nice chap but he'll go soon enough. 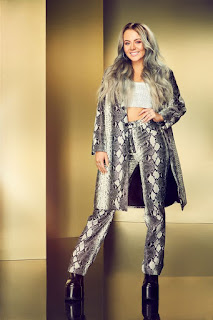 Looking very good - someone for whom the makeover has worked well and she seems much older than a mere 16. Fake Love is the song and it's a confident performance. In complete contrast to Danny, she's modern and is a pop star more or less ready to go. Nice personality and this girl should do well. She just needs to be more than ordinary as she is up against some cool acts this year. 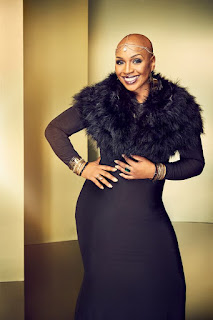 Stylish lady. But she's not one of the cool ones I was talking about. The song Clarity? was not great and seemed to suit a West End stage better than this one. She struggled quite a bit which surprised me as she is one of the most experienced here. Quite average. 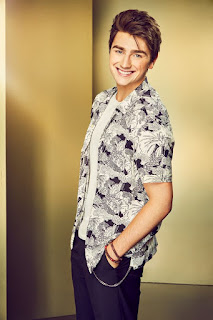 I'm expecting something good from this guy. He may not be cool but he is good and, unlike the others who are not cool but good, he has a remarkable talent and comes across well in this sort of show. He has bags of big show experience, having represented Ireland in the Eurovision Song Contest. Admittedly he didn't do very well but that was a poor song. He certainly can manage the huge venue and I see him making it this time. He had a slow build and it was great but missing something. He really ought to be safe but he'll need to impress more with his choice of tracks next time. 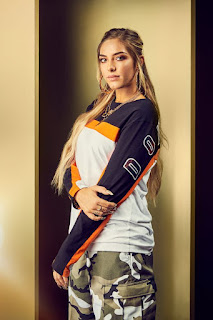 Merging Beautiful with some rap style delivery is going to be her trademark. She's good at this sort of thing. It's current and should keep her around for a while. She is a confident performer and a good personality who is going to make it, I'm sure. Maybe not win but she'll be there next week for sure. 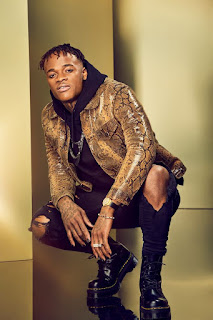 Story Of My Life is his song. Nice job. He starts with his own rap and that switches smoothly into the more familiar refrain. That's original and quite powerful. A brave effort but weak in places and I'm not sure how the voters will go for that. Simon says that he and Bella are his favourites. 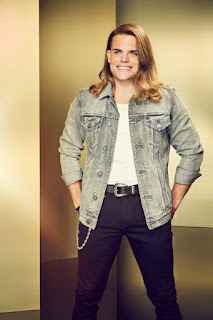 He is in the Bat Out Of Hell musical and does eight shows a week so this guy is one experienced fellow in that respect. You almost wonder why he needs to be on this show as he clearly is well-established and the success of that show provides fame and, I should think, opportunity. He is excellent with a brilliant performance, basically showing most of the others how to do it. Saturday Night's All Right For Fighting was super. I don't know how voters will take to him, though, as he doesn't look so good on the big screen and isn't immediately likeable. I hope he gets to be around a bit longer. Robbie says he wants to perform with him. That's quite a compliment. 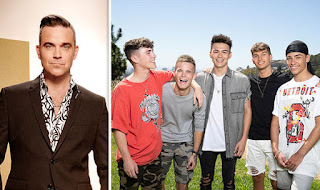 A new name. Previous Vibe 5. Neither are great but I don't think it will matter a great deal. I reckon they were fortunate to get here. Slow Hands is a track that seems a bit of a 1D copy. They seem OK but nothing special so far. Nice enough looking lads and some can sing well but they lack any 'X Factor'. 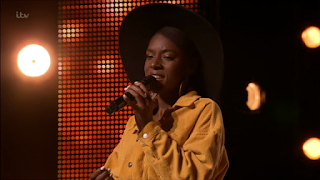 This girl has been my favourite to win. She does Imagine. Now that's a big song. Wow! That's the big moment we've been waiting for on this show. Superb. Her voice control, pitch, performance - all were 100%. Very good indeed and she is surely a real star. 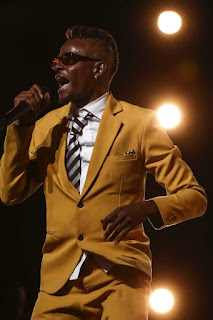 Another person with his own number. I thought it was called Jubilant but then I realised it was Jiggle It which kinda loses some of my enthusiasm. It's all good fun and the discos will like this in the summer. He's a great performer too and you tend to want to see him do well but I do feel he can't last that long. 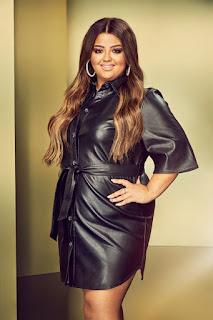 She's a bit less orange now. Does Natural Woman. A good performance, excellent voice and she's been dressed and presented well. Nice job but I don't see her as much of a future star. She's likeable now but it is all a bit karaoke for me. Simon says he thought she was a bit of a pub singer! Bearing in mind she's actually one of his four that is very surprising! I feel her days are strictly numbered. She's made it to the Live Shows but that's it now. 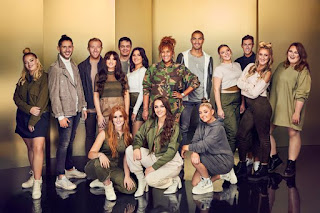 The Circle Of Life is a good number for this mass of people. It's all very good stuff. Nice presentation and performances. I just don't think they will get very much further.

Not A Star any more. Finesse is the Bruno Mars number. I'm not sure if that was a great song choice but they gave it their all. They're so young but do look great on stage and work well together. Very smart and 'in' for 2018. Almost the most 'in' act that there is this year. Everyone was waiting for some more 'street' type stuff, though, which didn't come and that might disappoint the voters. They may just scrape through this week but need a big improvement next time. 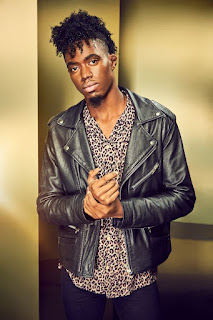 We learn that two will go tomorrow night. One being the act with the lowest public vote and the other being the loser in a sing-off between the other two in the bottom three.


Can you believe it? Ola and Amstrong go, the panel saving Janice.